Does Lack of Self Confidence Keep Women Away From Business?

When we think about women entrepreneurs and why there are less compared to the males we all conclude about the same things. Prejudices, gender-based investments, discrimination, etc. However, research shows that the reason for this is far beyond our estimates. It seems that the biggest obstacle for women is their lack of self-confidence.

Women are more visible in business than before. However, as we all know, this visibility is still far from enough. Since we think about the reasons for this, we can blame many things from the past to the present. Many patterns such as gender-based pay gaps, investments, prejudices, gender roles are the reasons behind this inequality. However, research reveals that the main reason for women’s invisibility in business is something else. Surprisingly, the biggest reason that hinders women entrepreneurs is lack of self-confidence. According to a report published by the Global Entrepreneurship Monitor, two-thirds of men were confident about getting business, while less than half of women did not believe they could achieve it. According to the report, women’s fear of failure or doing it alone is the first reason behind their inability to start a business.

Moreover, this research is not the only one. Another research, conducted by online gift shop Not On The High Street (and in collaboration with Oxford Economics), surveyed 361 partners of the store who faced such setbacks before joining the company. They found that female-lead enterprises were two and a half times more likely than majority male-owned businesses to say that confidence was a major obstacle to starting a business. Do men doubt themselves sometimes? Of course. But they don’t let their doubts stop them as often as women do. For example Linda Babcock, a professor of economics at Carnegie Mellon University and the author of Women Don’t Ask, has found, in studies of business-school students, that men initiate salary negotiations four times as often as women do, and that when women do negotiate, they ask for 30 percent less money than men do. When women don’t act, when we hesitate because we aren’t sure, we hold ourselves back. But when we do act, even if it’s because we’re forced to, we perform just as well as men do.

By taking steps to own our power, we can combat negative backlash and create space for other confident, powerful women to advance. First thing to do is acknowledge your own strengths. The better you know yourself, the more likely you are to achieve your goals. Another important thing is understanding failure and disappointment as part of growth, once you face it and re-organize your priorities.

It takes time to embrace yourself completely.

Women’s Map will highlight the women that stand up by themselves and will also highlight the networks that support our process of natural growth. 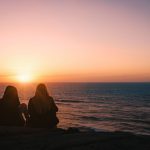 The day I saw the light